We reported a short while back that our Year 12 CTEC Art students had been working on a project entitled 'The Wall' which helped promote ‘The Poacher Train Line’ between Grantham and Skegness through the medium of art. The piece of art they chose to create was a mural depicting venues and attractions from around Skegness which was created at Skegness Train Station. A stop animation video was made at the time to show the students work as it progressed. This video was nominated for an award as part of the Community Rail Awards 2019 and we are incredibly pleased to announce that the video made a magnificent second place. We want to congratulate everyone involved in the project, and it is amazing to think that this mural will be there for a long time for people to admire as they visit Skegness. 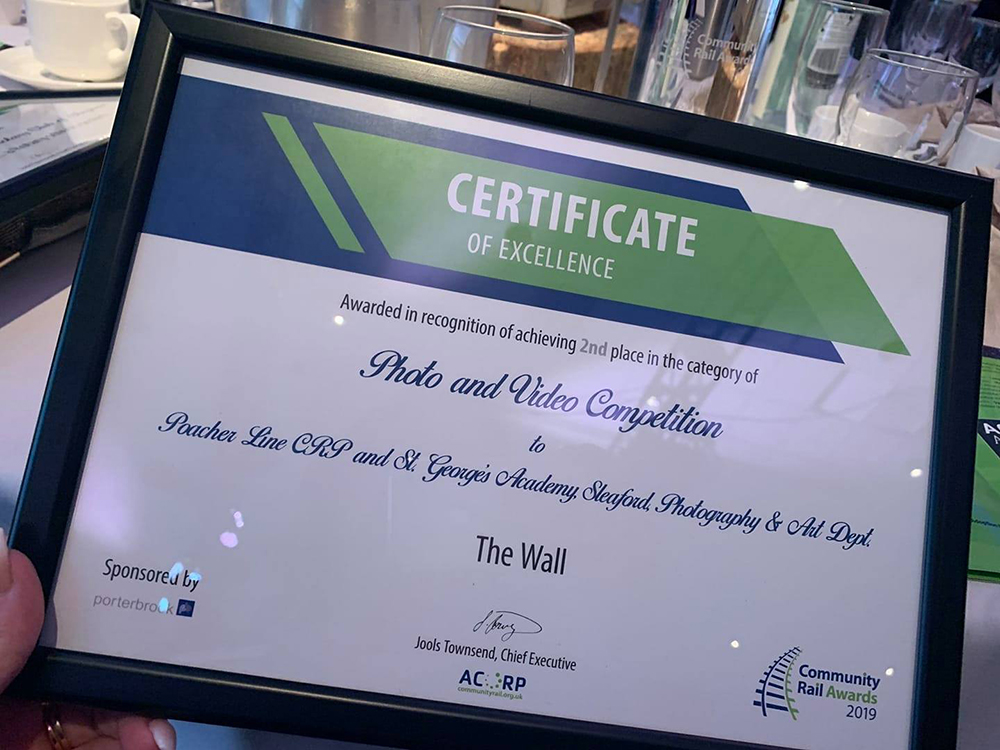